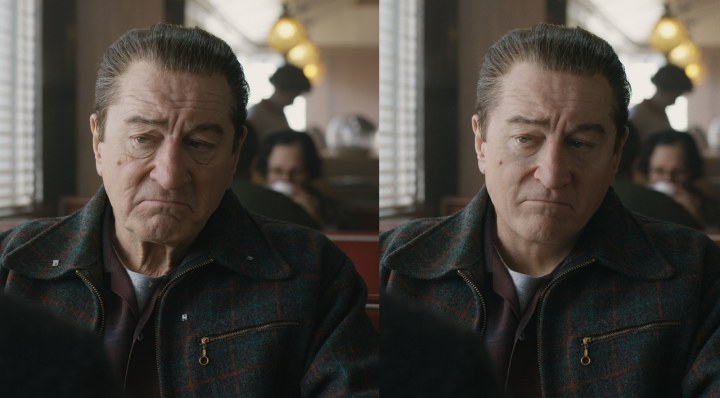 If you’re like me and hunkered down for over 3 hours to watch The Irishman, you probably enjoyed the hell out of it-especially as a Scorsese fan. Over the last decade, the ‘de-aging’ tech/vfx used in cinema has gotten better and better.

Martin Scorsese wanted to use real lighting, no mo cap suits, no tracking dots, and allow the actors the freedom to improvise and act without the usual restrictions. No interferences with their performances being the key. Pablo Helman and his team at ILM developed a new way to capture the actors by having two in-fared cameras placed on either side of the shooting camera so they could see the actors with no shadows. Rig shown below.

Once captured, they use a program called Flux, animation, and reference photography of the actors from previous roles to make for a beautiful final product. More on that in the video below:

For more information, here’s a fantastic interview with Pablo Helman by Ian Failes of Befores and Afters: De-aging De Niro .

What did you think of the film? Did it help or hinder your experience as an audience member?